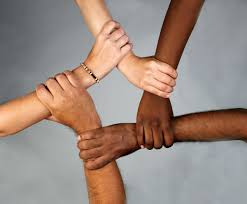 What is your reaction to the following statement?

Jesus shed his blood to redeem the sins of all mankind. That means the same blood that was shed for your sins was also shed for the sins of Adolf Hitler, Kim Jong Il, and Charlie Manson. The same blood was also shed for Marilyn Manson, Richard Dawkins, and the terrorists who knocked down the Twin Towers. If Charlie Manson fell on his knees in repentance today and accepted Christ as his savior, he would go to the same heaven to which you and I are going. And Jesus would greet him in the same way at the pearly gates, saying, “Welcome, my son! Enter into your eternal reward.”

Some people really have a problem with this scenario. They struggle to accept that Jesus loves murderers, rapists, and slanderers of his name as much as any Christian, and that he is willing to forgive their sins with the same grace as he forgives white lies and petty theft. It just doesn’t seem…fair.

It wasn’t always this way. The Old Testament law classified sins by their ‘severity’ in God’s sight, and they required different forms of atonement. If a common Israelite sinned, he had to offer grain, pigeons, a lamb or a ram (depending on the sin) to be sacrificed at the temple. If a priest sinned, he had to offer a bull. For really atrocious sins, the penalty was death or exile. Also, only people from a certain tribe and lineage could serve as priests to God. Anyone who dared approach the holy place beyond their prescribed station paid with their lives.

Jesus’ death changed all of that. Here’s what the Bible says about the new covenant of grace:

So in Christ Jesus you are all children of God through faith, for all of you who were baptized into Christ have clothed yourselves with Christ. There is neither Jew nor Gentile, neither slave nor free, nor is there male and female, for you are all one in Christ Jesus (Galatians 3:26-28).

The Spirit himself testifies with our spirit that we are God’s children. Now if we are children, then we are heirs—heirs of God and co-heirs with Christ (Romans 8:16-17[a]).

Wives, submit yourselves to your own husbands as you do to the Lord. […] Husbands, love your wives, just as Christ loved the church and gave himself up for her (Ephesians 5:22, 25).

To him who loves us and has freed us from our sins by his blood, and has made us to be a kingdom and priests to serve his God and Father—to him be glory and power for ever and ever! Amen (Revelation 1:5-6).

Christ’s sacrifice dismantled the old order of things. Instead of the priesthood being limited to people of a certain heritage, every redeemed person is now a priest unto God. Instead of men keeping women in subjection, they are commanded to treat them with great love and equal respect. Instead of prophecy and visions being reserved only for ordained individuals, anyone filled with the Spirit can operate in these gifts. Instead of sins requiring various methods of atonement, all sins are forgiven in the same manner…for free…just by asking.

This is why Christians teach that God views all sins as equal. It’s not that God gets just as offended over pilfering a pack of gum as He does over genocide. It’s just that the same blood is required to forgive both sins. Jesus didn’t shed two types of blood on the cross. There’s only one blood, one redemption–whether you stabbed your neighbor and seduced his wife, or just permanently ‘borrowed’ his lawn mower. This is why the Pharisees (and others) found the gospel so unsettling. Grace threatened their notions of power, privilege, and salvation by works.

In reality, I find the concept of grace to be extremely humbling. My pre-salvation actions of going to church, being a good citizen and avoiding the “big” sins don’t amount to a hill of beans in the eyes of God. What matters is the blood of Christ. And the same blood that cleansed me has also cleansed liars, prostitutes, thieves and drug addicts. Christ welcomes us all as co-heirs in his heavenly inheritance. In spite of our past, inglorious shortcomings, we call each other “brother” and “sister.” Grace has made us equal. Hallelujah!

3 responses to “Grace, The Great Equalizer”