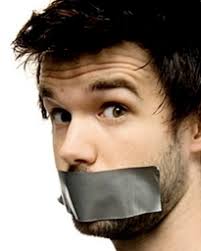 But then, people don’t answer her in the way she expects. Some purposely antagonize her and hurl insults. Others challenge her beliefs with provoking and unfair questions. As the conversation continues, she becomes increasingly frustrated and angry. Soon, her responses are no longer calm and polite. The writer of the original comment is written off as a sad, amoral idiot who will see the truth only when it is too late to save himself.

The Christian realizes afterward that her words probably weren’t the best representation of Christ’s attitude and resolves to do better next time. Until there is a next time. Then she finds herself repeating the same behavior.

Hey, most of us have been in this situation one time or another. It happens. But, really, it shouldn’t. That’s because whenever we stop being guided by the Holy Spirit and start speaking in the anger of our personal offense, our religion becomes worthless. Consider the scriptures:

My dear brothers and sisters, take note of this: Everyone should be quick to listen, slow to speak and slow to become angry, because human anger does not produce the righteousness that God desires. Therefore, get rid of all moral filth and the evil that is so prevalent and humbly accept the word planted in you, which can save you.

Do not merely listen to the word, and so deceive yourselves. Do what it says. Anyone who listens to the word but does not do what it says is like someone who looks at his face in a mirror and, after looking at himself, goes away and immediately forgets what he looks like. But whoever looks intently into the perfect law that gives freedom, and continues in it—not forgetting what they have heard, but doing it—they will be blessed in what they do.

Those who consider themselves religious and yet do not keep a tight rein on their tongues deceive themselves, and their religion is worthless. Religion that God our Father accepts as pure and faultless is this: to look after orphans and widows in their distress and to keep oneself from being polluted by the world (James 1:19-27).

In other words, when Christians engage others with angry words and wounded attitudes, they are confirming exactly what the unbeliever thinks: that our religion isn’t worth having!

Do not let any unwholesome talk come out of your mouths, but only what is helpful for building others up according to their needs, that it may benefit those who listen (Ephesians 4:29).

A gentle tongue is a tree of life, but perverseness in it breaks the spirit (Proverbs 15:4).

Remind them to be submissive to rulers and authorities, to be obedient, to be ready for every good work, to speak evil of no one, to avoid quarreling, to be gentle, and to show perfect courtesy toward all people (Titus 3:1-2).

As Christians, our tongues have power to bring healing to the hurting, joy to the joyless, and life to the inwardly lifeless. They also have the power to break hearts, crush spirits, and drive unbelievers further away from the open arms of Jesus.

And the Bible says that when we hear God’s command to speak gracefully but still continue with angry words, we have forgotten who we are in Christ!

So what about Christians who find themselves relenting to anger in heated (online) discussions despite their best intentions? I’d say, just refuse to engage in the first place. People are always going to say hateful, ignorant things. We aren’t called to defend Jesus. And even if we were, we would defend him best by our graciousness…and, perhaps, silence.

Have you tamed your tongue?

4 responses to “A Worthless Religion”