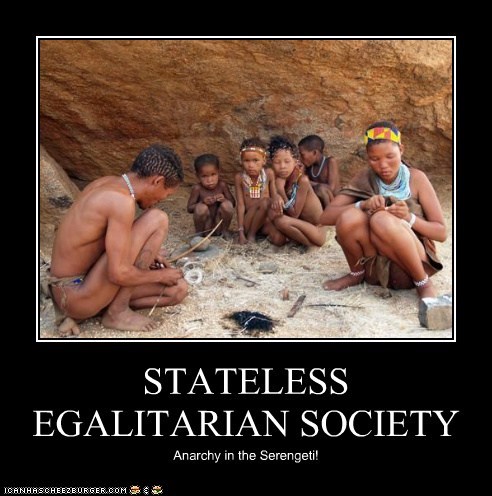 Yesterday, I stumbled across an interesting post on the Gospel Coalition Voices blog. In it was the following quote by Russell Moore, dean of Theology at the Southern Baptist Seminary:

What I fear is that we have many people in evangelicalism who can check off “complementarian” on a box but who really aren’t living out complementarian lives. Sometimes I fear we have marriages that are functionally egalitarian, because they are within the structure of the larger society. If all we are doing is saying “male headship” and “wives submit to your husbands,” but we’re not really defining what that looks like . . . in this kind of culture, when those things are being challenged, then it’s simply going to go away.

I hate to break it to Dr. Moore, but…duh! Because when you practice the kind of complementarianism outlined by the Bible, that’s what you get: something functionally egalitarian.

I find it equally infuriating, hilarious and sad that people like Moore, Piper and others keep nitpicking on the same old headship proof texts to “prove” that God designed men to be in ruling authority over women. Yes, they say, men and women were both created in the image of God. And, yes, both are equally redeemed through grace, equally filled with the Spirit, equally valued by their creator. But marriage is largely about illustrating the relationship between God and Jesus and/or between Christ and the church. Unless the man is having the final say in all household decisions, people won’t recognize God’s authority on earth.

(I’ll let that sit with you a minute. Let me know when your sides–of either forehead or torso–have stopped hurting.)

Allow me to disagree with Dr. Moore: Christ’s relationship to the church is about bringing us into equality with him through the ongoing process of redemption. If that strikes you as a bold claim, it is. Very. But it’s one that’s backed by scripture:

The Spirit you received does not make you slaves, so that you live in fear again; rather, the Spirit you received brought about your adoption to sonship. […] The Spirit himself testifies with our spirit that we are God’s children. Now if we are children, then we are heirs—heirs of God and co-heirs with Christ…(Romans 8:15-17).

Quite shockingly (or not), this idea is reflected in the same scripture that talks about male headship:

Husbands, love your wives, just as Christ loved the church and gave himself up for her to make her holy, cleansing her by the washing with water through the word, and to present her to himself as a radiant church, without stain or wrinkle or any other blemish, but holy and blameless (Ephesians 5:25-27).

Guess what? Christ is holy and blameless. And he’s working hard to make us just like him so we can share with him, as his glorious bride, in the riches of his eternal kingdom.

Let’s consider for a moment exactly what it means to love someone as Christ has loved us, his church.

– Jesus recognized the suffering of humanity.

– He left his Father and abandoned all the comforts of heaven.

– He exchanged his beautiful, incorruptible spirit form for a carnal suit of flesh.

– He entered the world and began instilling the divine secrets of heaven in the hearts and minds of those around him.

– He edified the weak and promoted justice.

– He suffered the indignity of temptation, ridicule, torture and death.

And now he’s in heaven preparing a place for us at his side. Hmm…

You know what I find most interesting about the story of Jesus? He had all authority in heaven and earth to judge us, to command our obedience, to dictate every action and decision of his followers. But he chose not to exercise that authority.

“If anyone hears my words but does not keep them, I do not judge that person. For I did not come to judge the world, but to save the world” (John 12:47).

And guess what? Jesus expects all believers to emulate his example:

“You know that the rulers of the Gentiles lord it over them, and their high officials exercise authority over them. Not so with you. Instead, whoever wants to become great among you must be your servant” (Matthew 20:25-26).

This command appears in 3 out of the 4 gospels. The disciples must have considered it a terribly important and compelling teaching.

Let me make this absolutely crystal: The authority of Christ has absolutely nothing to do with making decisions for other people. It has everything to do with exercising a divine confidence in love that seeks to elevate others to equal status with oneself. That’s the real transformative power behind headship, and that’s exactly the mindset the Apostle Paul urged his patriarchal male audience to adopt. (Remember, men in Paul’s day had nearly all of the education [scriptural and secular], all of the autonomy, and all of the ruling power.)

Slaves, obey your earthly masters with respect and fear, and with sincerity of heart, just as you would obey Christ. […] Serve wholeheartedly, as if you were serving the Lord, not people, because you know that the Lord will reward each one for whatever good they do, whether they are slave or free.

There is neither Jew nor Gentile, neither slave nor free, nor is there male and female, for you are all one in Christ Jesus (Galatians 3:28).

I believe it was on the Gospel Coalition blog where I read the following comment [paraphrasing]:

Christ demonstrated that headship was about humility and servanthood, specifically in washing his disciples’ feet. Therefore, I think wifely submission is an act of allowing herself to be served in such a sacrificial way by her husband. Remember, Jesus rebuked Peter when he said he wouldn’t allow Jesus to wash his feet, because it was necessary for Peter to share in Christ’s fellowship. To me, submission means accepting love and redemption from the one who has the power to give it. That’s when two become one flesh.

The problem is, complementarians like Moore have such a warped idea of Christ’s authority that they cannot comprehend elevating another person to full equality. To them, someone is always in control; if the man isn’t dominant, then the woman must be (and that is bad, bad, bad!). In my view, it is unfortunate to live with such ideas, because they diminish the redemptive power that Christ wishes to demonstrate in and through us and rob believers of the joy they are destined to inherit. Society isn’t crumbling because men aren’t telling their wives what to do; it’s crumbling because we refuse to understand Christ’s redemption and allow it to shape our behavior.

3 responses to “Why I’m (Functionally) Egalitarian”