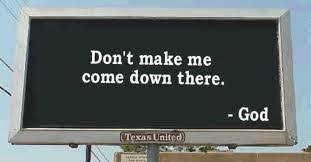 Of course, we shouldn’t just run out into the street and start screaming at people. We have to be careful to “speak the truth in love” (Ephesians 4:15). Many people have spread much ink with those words. However, they never actually explain what it means to speak the truth in love. What should that look like? Sound like? Maybe I can shed some light on the matter.

Correct, the Bible never commands Christians to be nice. But I can see where people might get the idea. After all, the Bible does clearly command us to be kind and forgiving (Ephesians 4:32), to exude gentleness (Philippians 4:5), to turn the other cheek (Matthew 5:39), to love and pray for enemies (Matthew 5:44), to bless those who persecute us (Romans 12:14) and to let our conversation always be with grace (Colossians 4:6). If we really get down to the nitty-gritty of the matter, being kind to people is a calling far more challenging than simply being nice. Nice is a facade. It’s plastering on a smile and forcing a patient manner when we’d really rather call someone a turd. Kindness, by contrast, radiates from the soul. It’s honoring. It’s genuine. It seeks to touch the heart of the other person.

Anyone can be nice. It takes a real depth of character to be kind.

What it Means to Love

So if we’re going to speak the truth in love, we first have to know what love is. And according to the Bible,

Love is patient, love is kind. It does not envy, it does not boast, it is not proud. It does not dishonor others, it is not self-seeking, it is not easily angered, it keeps no record of wrongs. Love does not delight in evil but rejoices with the truth. It always protects, always trusts, always hopes, always perseveres (1 Corinthians 13:4-7).

I often wonder if those dissecting the “nice doctrine” recall that love isn’t dishonoring or easily angered whenever they’re calling others Nazis and liberal God-haters.

These writers also claim that Jesus was tough on sin. But I say if we want to find someone who fit the definition of being “soft on sin,” we could look to Jesus for that example as well. Healing on the Sabbath? A sin. Eating without washed hands? Sin, too. Conversing alone with a Samaritan woman? Allowing himself to be touched by lepers and prostitutes? Helping a known adulteress to escape her legally prescribed punishment? Oh, dear! Maybe Jesus wasn’t so tough on sin after all. Maybe it really was religious oppression and hypocrisy that had him riled up all along. Ya think?

“But what about that verse in Revelation that speaks about ‘lukewarm Christians?'” some would ask. “Doesn’t that prove we should boldly confront sinners?” Ok, let’s read that verse:

I know your deeds, that you are neither cold nor hot. I wish you were either one or the other! So, because you are lukewarm—neither hot nor cold—I am about to spit you out of my mouth. You say, ‘I am rich; I have acquired wealth and do not need a thing.’ But you do not realize that you are wretched, pitiful, poor, blind and naked (Revelation 3:15-17).

This verse speaks to Christians who are so absorbed by their material wealth that they do not recognize their own need for spiritual transformation. This verse has nothing to do with outward zeal and everything to do with confronting one’s own inner apathy and self-assurance.

Jesus said everyone would recognize his disciples by their love for one another. Not that they would recognize each other by their own personal definition of love, but that everyone, sinner or saint, would know, by an outward show of love, who was a genuine follower of Christ. Love only has one definition, and it’s universal. If your friendly neighborhood atheist wouldn’t describe you as a loving person – whether or not he likes you – you might be headed for the goat pen.

Discerning, or Judging and Condemning?

Speaking the truth in love means distinguishing between discerning and judging/condemning. How can one know the difference? To discern means to exercise wise perception in determining the true nature of things. This is what the Apostle Paul meant when he said “Judge for yourselves what I say” (1 Corinthians 10:15). As Christians, we are allowed to discern right from wrong and decide what we shall be party to.

However, we are strongly discouraged from setting ourselves up as judges of other people and condemning them for their actions. This is what Jesus meant when he said, “Do not judge” (Matthew 7:1). When a Christian judges someone else, they usurp the authority of Christ, who scripture says is mankind’s only righteous judge. Their reward for this is to be judged in the same exact manner.

For many people, this is a very fine line to walk. It seems all too easy to go from “I don’t agree with that” to “You will burn in hell for eternity!” But no one ever said love was easy.

“But what about spreading the gospel?” someone might ask. “Don’t some people view the truth as offensive and unloving?”

I guess it depends on your definition of “gospel.” The word gospel means “good news.” Yet I hear countless “Christians” say things like, “You’re headed for hell if you don’t confess Jesus!” – telling people they will burn for eternity…or else. In what context is that good news? Or even the gospel? The writer of John summed up the gospel in one verse, and the word hell isn’t anywhere in it:

For God so loved the world that he gave his one and only Son, that whoever believes in him shall not perish but have eternal life (John 3:16).

The good news is not that we have fire insurance. The good news is that we are deeply, tremendously, cosmically loved, and we all have an opportunity to bask in that love forever.

This message isn’t for the timid or the “nice.” When you decide to love people – I mean, really love people as Jesus loved – you’re going to catch a lot of flak. Feeding the hungry isn’t popular with everybody. (A neighbor of mine twice treated me to a half-hour rant on that subject.) Befriending gays and atheists will get you some funny looks. Standing up to abusive religious structures will earn you some powerful enemies. History shows us that defending the rights of the poor and oppressed can get you killed.

It got Jesus killed, after all.

In this light, the debate over whether Christians should be nice is moot. No, the Bible doesn’t call us to be nice. It calls us to a level of spiritual character that goes much, much farther that.

7 responses to “Speaking the Truth in Love”