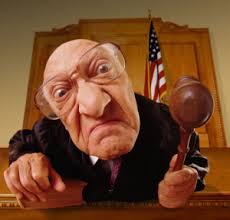 I was browsing some of the Christian blogs on WordPress the other day and came across one entitled “I’m not being legalistic. I’m just being real.” The author, Chris, talks about how he decided not to watch certain TV shows and movies because they were “complete filth” and seemed inappropriate for him to watch as a Christian. He said that because of his decision, some people were accusing him of being legalistic – more concerned with adhering to a ‘biblical’ standard of purity than exercising his freedom in Christ.

On this point, I disagree with his detractors. Deciding for yourself that something is inappropriate to watch based on personal convictions is not legalistic. As the Apostle Paul famously stated, “All things are lawful for me, but not all things edify” (1 Corinthians 10:23b). If you don’t find The Walking Dead edifying, then by all means, turn it off. I won’t complain.

But then Chris continues by describing practices that he engages in to keep his ‘flesh’ in check: like parking far away from the front of a store and walking, even when closer spaces are available. He explains that the flesh is lazy and likes to be pampered, which is a desire that stands in direct conflict with the Spirit. So trekking across big parking lots is one (small) way he keeps his flesh in subjection and makes more room for the Spirit.

Now we’re beginning to enter legalism territory – mainly because Chris has confused flesh (the fallen state of man) with his physical body. Wanting a shorter walk to the store is practical, not sinful. And while you can certainly choose to get more exercise by parking further away from the door, it doesn’t necessarily lead to an increase of the Spirit.

The idea of flesh vs. Spirit is found in Galatians 5. This is what it says:

You, my brothers and sisters, were called to be free. But do not use your freedom to indulge the flesh; rather, serve one another humbly in love. For the entire law is fulfilled in keeping this one command: “Love your neighbor as yourself.” If you bite and devour each other, watch out or you will be destroyed by each other.

But here’s where Chris jumped straight into legalism with both feet: he implied (ever so subtly) that other Christians who do not share his mindset are, perhaps, not taking their relationship with Jesus seriously enough. Because a Christian who opts to watch The Walking Dead or park close to the store might be gratifying some fleshly desires, and shouldn’t they be more concerned with mortifying the flesh/pleasing God/being spiritual? After all, Chris says, “Jesus paid a high price to reconcile us back to the Father.”

This is how legalism works. It starts when a person chooses to focus on a particular scriptural concept (like “train up a child“). He or she interprets what that means for themselves (like homeschooling their kids). Then he or she starts to believe that other Christians should interpret and apply the scripture in a similar way (i.e., everyone should homeschool their kids). And when other Christians don’t, he or she views them as being “less faithful” to God/Jesus/the Bible.

In my experience, legalism has very little to do with what the Bible actually says. It’s all about how one can prove they are living the most faithful, authentic Christian life. This is how I ended up with so many rules to follow as a child: ‘Real’ Christians don’t wear shorts, or get tattoos, or swear, or swim with the opposite sex, or ‘have moods’, or go to the movie theater, or challenge authority, or date, or…[fill in the blank]. For those who can adhere to the script, there’s all these ‘promises’ of God’s favor and blessing. Those who can’t are ‘lukewarm‘ or on a slippery slope into sin.

Obviously, everyone has a right to abide by his or her conscience. But to take a personal decision made in conscience and call it a spiritual standard to which everyone should adhere is legalism. And make no mistake: legalism is both a distraction and a pride issue. It caters to the fleshly desire to be viewed as preferred to or “better than” others. It creates hierarchies in which “the faithful” are praised and “the backsliders” are shamed. It justifies harsh judgment against those who won’t conform. It suggests that God’s love and favor can be earned.

In short, legalism isn’t about pleasing God or following the Spirit, but rather about keeping up a certain kind of outward appearance.

Legalism doesn’t allow much room for love, which is why it’s so dangerous. The Bible says love fulfills the Law. Love requires that we focus on others – how well we serve and respond to them. But legalism is focused on the self: how one can best adhere to a set of rules and ‘prove’ how much they love Jesus. The cruel truth is that for all the energy some people put into following such rules, it does nothing to fulfill God’s Law.

Anyone can deny being legalistic and call it being real. But changing the words doesn’t change the facts.

10 responses to “It’s not legalism…until it is”