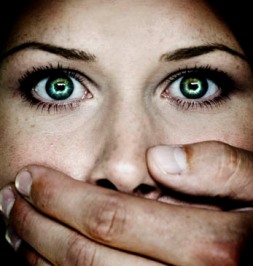 Recently, my post “Ministering to Pedophiles” was picked up by The Aquila Report, a conservative Christian news blog. Since then, the post has been circulated widely, and several people (some of them Reformed ministers) came to the blog to comment.

I was also approached on Twitter by a group of pedophile apologists.

I’m writing this follow-up piece to talk about what I learned from that conversation. Because the biggest complaint that I received, both from the pedophiles and the Reformed ministers, was about my statement that true repentance is rare for a pedophile. My position on that statement has not changed. If anything, since these conversations, it’s become stronger.

To be clear, my earlier post was referring specifically to pedophiles who have molested children.

However, pedophiles who molest children or desire to molest children are, at their core, abusers. Abusers feel entitlement rather than empathy. They want people to feel sorry for them, but they feel sorrow for no one else. They will do anything they can to hold onto their position of power in their community or church so they can continue to feed off of their victims, unopposed.

One of the main ways abusers do this is by co-opting language. They take common words and phrases used by empathetic people and assign their own meanings so that it sounds like they are agreeing with the community. A closer examination is required to uncover the deception.

For example, the first pedophile apologist who contacted me on Twitter said that the low recidivism rate for convicted pedophiles proved that true repentance was possible and common. Repentance = no repeat offense. But there is more to repentance than simply not repeating the behavior. Has the offender owned his crimes? Has he acknowledged his victims’ pain? Is he contrite? Has he offered restitution? Is he being accountable and avoiding temptation? Is he getting treatment that will help prevent his acting out again? All of these things are involved with repentance.

Also, recidivism rates for pedophiles vary widely–between 10 and 50 percent, depending on the study. Why? It depends on how you measure the data. Do you count recidivism by accusations, arrests or convictions? Over 5 years, 15 years, or 25 years? All sex crimes committed by pedophiles or just child molestation? Only molestation of children under 13, or all children under the legal age of consent?

Not to mention, the vast majority of child sex crimes go unreported. Repentance must be judged biblically, on a case-by-case basis.

Abusers like to define other words as well. They’ll say “forgiveness” when they mean “exoneration.” They’ll label their victims’ pain “a lack of forgiveness.” They’ll call restrictions on their behavior “being judged” and “a lack of trust.” They’re only “reoffending” if they get caught. Abusers often know scripture very well and will twist it to their benefit–anything that gets them off the hook and lets them maintain access to victims.

It soon became apparent that the group of pedophiles conversing with me on Twitter were not the repentant kind. When I said that even non-offending pedophiles in the church should have limitations placed upon them for the safety of children, one responded with, “Our lives all have equal worth.” True. But equal worth does not mean equal privilege in all cases. Just as you wouldn’t appoint someone struggling with kleptomania to oversee the church’s valuables, you don’t let a pedophile have access to the nursery. A repentant pedophile wouldn’t want such access anyway. That’s my point.

“By failing to distinguish between pedophiles and child molesters, you’re perpetuating negative stereotypes about non-offenders.” You mean, stereotypes like this one?

Or how about the fact that the one who started the conversation had an article in his timeline on how to legally navigate the age of consent laws between states.

This is my point. Most pedophiles aren’t operating from the same frame of reference as the rest of us. It’s not really “abuse” if the child experiences sexual pleasure or arousal. It’s not “molestation” if it’s gentle or if the child agreed to it. It’s not “recidivism” or “pedophilia” if he seduces your 16-year-old daughter in Georgia.

And these men know which churches to target. They flock to the ones that teach there are no “true victims,” that people invite abuse by sinning in some way. They look for the ones engaged in “sin leveling,” telling parishioners that all sins are equal in both God’s eyes and the church, and will be treated the same way. They feel at home in churches that distrust civil authorities and strive to handle offenses “in-house.” If they’re really lucky, they’ll find a church that will make victims apologize to them!

This is why it is absolutely imperative that pastors and churches understand the nature of abuse and the deceiving tactics of abusers. This is why Christians need to return to evaluating the fruit of repentance. This is why churches need to have a clear plan in place for dealing with these types of offenders. This is why we need to get back to good theology.

Make no mistake: endangering the church’s most vulnerable members to prove a point about redemption is a serious faith issue. Sexual abuse causes a spiritual crisis for many victims, especially for those who are not believed and shunned by their leadership. For those who are molested in church, the church is no longer a safe place for them. This ought not to be so! Churches should be havens for the hurting and houses of overturned tables for abusers.

Jesus said it would be better for those who cause children to stumble to have a millstone hung around their necks and drowned in the depths of the sea (Matthew 18:6).

Pastors, elders, parishioners: Do not be deceived. Evaluate the fruit of repentance. Not everyone who says, “Lord, Lord” is a harmless sheep.

48 responses to “The Pedophile’s Deception”