Welcome to 2016, dear readers! I’m really excited about this new year. I have plans for some fresh, hard-hitting content–mainly continuing the “God is not Mocked” series I began a few months ago. The next post will likely cover church membership covenants. You will not want to miss it. 🙂

I thought I’d start this new year off with some things you’d like to know: END_OF_DOCUMENT_TOKEN_TO_BE_REPLACED 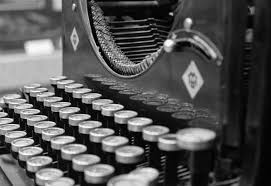 There are no magic words you can utter that will force God’s hand into bringing your husband home. All you can do is pray fervently. And if you’ve been praying fervently with no result, realize that could be God saying, “No.” If your husband was abusive to you before he left, asking for his return might actually be a dangerous prayer–for you and your children. END_OF_DOCUMENT_TOKEN_TO_BE_REPLACED

First of all, let me say welcome to all of the new blog followers! The readership has grown significantly over the past two months, and I’m delighted. I hope you have found righteous encouragement and empowerment here. If ever there’s a topic you’d like to see addressed on the blog, please leave a comment or use the contact form to let me know.

Second, Revolutionary Faith now has its own Facebook page! Liking the page will allow you to get updates on new blog posts and make sharing them with your friends easier. I look forward to connecting with you on the new blog page. As always, thanks for reading!

Something is happening in America today. Christianity is undergoing a revolution.

Why? Because people are hungry for the truth. They’re tired of the church’s hypocrisy. They’re tired of the intolerance exhibited by people claiming to love others. They’re tired of the efforts to politicize faith–an attempt to build a “Christian nation” in name and appearance, but one that’s devoid of moral substance. And there are also people who are tired of the unbelieving critics, those who spew intellectually dishonest arguments against Christianity to defend indefensible positions, enlarge their own egos, and turn others against the faith.

I fall into both of those camps. Like the Apostle Paul, I’m fed up with hypocrites and slanderers. And so are thousands of my generation who long to return to the basic truth of scripture. It’s time someone stood up and spoke the truth in an intellectually honest manner. I hope this blog can become a rallying point for those–whether believers, skeptics or critics–who are searching for the truth.

Over the life of this blog, I will cover such topics as the Bible’s position on divorce, the “health and wealth” doctrine, holiness, sexual immorality, women in ministry, the end times, and the Holy Spirit. I will attempt to be as accurate as possible, delving deep into scripture to provide context, referencing the original Greek and Hebrew where necessary, and quoting New Testament scholars. I will also address the corruption in our culture and how it has seeped into the church.

Anyone is allowed to disagree with what I publish here. I welcome discussion from all viewpoints. However, I ask that dissenting opinions be stated in a reasonable manner. Comments that involve name-calling, belittling or abusive language will be removed.

Stay tuned for the faith revolution.