I wasn’t going to write about the Ashley Madison scandal. I figured enough bloggers were doing that.

But the reaction I’m seeing from some Christian leaders has my blood boiling. For people who passionately tout the sanctity of marriage and denounce the evils of the sexual revolution, you’d think they’d be at least somewhat livid at the scores of Christian men who were caught spending hundreds of dollars on a website to elicit an extra-marital affair.

Instead, it’s all, “We should forgive them” and “What about grace?” and “Let’s examine our own sins first.” And when the wives–who have been horribly deceived and betrayed–come forward to seek a divorce, the same leaders have responded with, “Hey. You pledged to marry him for better or worse.”

But infidelity is not “for better or worse.”  END_OF_DOCUMENT_TOKEN_TO_BE_REPLACED

Procrustes will see you now.

You might have seen this this article in Christianity Today about making room for intersex people in the church. The writer, Matthew Anderson, reviewed a book on the subject by author Megan DeFranza to see if it would be a good resource for today’s conservative evangelical churches. Anderson’s conclusion? Nope, not really. DeFranza didn’t do enough to affirm the church’s position on gender binaries, traditional marriage, and sexual ethics. It was too much of a slippery slope.

Here’s the part that, for me, induced convulsive facepalming: END_OF_DOCUMENT_TOKEN_TO_BE_REPLACED

You may be wondering why I chose to reference Galatians 6:7 in the title of my series. Here is why:

Those that sow to the flesh reap corruption. In other words, corruption is proof that someone is ignoring the Spirit and indulging the flesh. And it seems that day by day, more corruption is coming to light in America’s churches. Ministries under investigation for tax fraud. Prominent pastors accused of sexual harassment and assault. Elders exposed for turning a blind eye to pedophiles in the pews. Church discipline that has been flagged as damaging and discriminatory. The scandals continue to pile up.

For decades, many of the leaders embroiled in these scandals have written hundreds of books and preached countless sermons on “spiritual authority.” They have presented themselves as being near the top of a “God-ordained” hierarchy that requires lay believers to submit—unquestioningly—to their direction. They have then used their subsequent success in ministry to “prove” that they have God’s blessing and approval in this system of power and control.

But God is not mocked. The laws of sowing and reaping cannot be subverted. Sowing unto unbiblical authority is sowing unto pride, and pride always reaps corruption. Always. As the Bible says, a good tree bears good fruit and a bad tree bears bad fruit (Matthew 7:17). Unbiblical church authority is churning out bad fruit by the bushels. It is not God’s will for His Church. END_OF_DOCUMENT_TOKEN_TO_BE_REPLACED I’m speaking, of course, about the controlling system of church authority.   END_OF_DOCUMENT_TOKEN_TO_BE_REPLACED 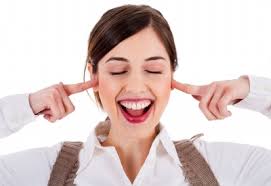 In reality, Vicari doesn’t say anything in her article that I haven’t already heard 200 times. I could probably turn on The 700 Club or flip open any James Dobson book and get the same spiel, almost verbatim. Vicari’s article is a classic example of the Christian Right’s general pontificating. And I say “general,” because, as is common with these kinds of spiels, the language is really vague and the content contains all the wondrous depth of a damp napkin. For an article that purportedly addresses how the gospel is being twisted, it only contains two – count ’em, two – scripture references. In fact, as I read, I often wondered if Vicari even had a sense of what the gospel is, because not once in 1,900 words does she ever actually articulate it. Case in point: END_OF_DOCUMENT_TOKEN_TO_BE_REPLACED