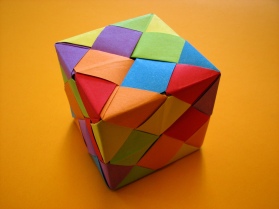 Image by fdecomite on Flikr

A while back, I wrote a post entitled “On Picking and Choosing.” In it, I talked about the lenses through which people read and interpret scripture.

A few years ago, informed both by scripture and my personal experience of God, I decided I would always read the Bible through the lens of love. After all, Jesus said love was the greatest commandment and the peg upon which hung all of the Law and the prophets (Matthew 22:36-40). I figured I couldn’t go wrong with that.

But I have to admit, the love lens messed me up. It tore to shreds my belief in a hell of eternal conscious torment. It convicted me deeply of my tepid generosity toward the poor. It made me reconsider the Church’s condemnation of LGBT people.

END_OF_DOCUMENT_TOKEN_TO_BE_REPLACED

Today, I want to highlight more of the theology and exegesis (biblical interpretation) of those leading the Biblical Counseling Movement. As you will see clearly in the next installment, these beliefs determine the method of counseling these leaders use, and it’s very often a damaging and unbiblical one.

Yes, I believe that much of the Biblical Counseling method is, in fact, unbiblical – and, as a result, emotionally and spiritually abusive as well. Let’s unpack.  END_OF_DOCUMENT_TOKEN_TO_BE_REPLACED

When I started Revolutionary Faith two years ago, I knew I would face some blowback at some point. I knew that some would accuse me of liberalism and that others would claim I was twisting scriptures and preaching a false gospel. You can’t poke holes in the sacred monoliths of fundamentalism and American evangelicalism without someone coming down with a case of hot head.

But what I find fascinating is that the people accusing me of presenting a false gospel cannot correctly articulate the gospel themselves. I mean, it’s a bit like someone pointing at my car and saying, “Your cow is broken.” True, but only if that thing they were pointing at were a cow. The first rule of critique is, if you’re going to claim that something is wrong, you must first have a clear understanding of what that something is.

So today, I’m going to help my critics by defining what the gospel is…and isn’t. END_OF_DOCUMENT_TOKEN_TO_BE_REPLACED

“You know what I dislike about church these days?” a reader of mine recently asked. “Preachers just don’t talk about sin anymore. I mean, when was the last time you heard a sermon where a preacher said, ‘This is a sin. That’s a sin.’ I bet it’s been a while.”

Well, he’s right. It has been a while. On the one hand, I’m grateful. On the other, I’m concerned.  I’ll explain what I mean. END_OF_DOCUMENT_TOKEN_TO_BE_REPLACED

A few years ago, I watched a powerful documentary entitled America the Beautiful. In it, filmmaker Darryl Roberts explores America’s obsession with physical beauty–to the point where even 8-year-old girls are succumbing to bulimia. But the thing I found most intriguing about the film was Roberts’ own confession of how cultural standards of beauty affected him as a young man: He broke up with a charming, intelligent, beautiful woman whom he loved very much just because she didn’t look like the models he saw in magazines. Only years later–after his dynamite lady had married someone else–did Roberts realize he was chasing an impossible fantasy.

About three years ago, I started following the blog of a woman in Colorado. She and her husband had been married for about 13 years, and their sex life was starting to feel a little stale. They decided to try an open marriage to spice things up. (She started the blog to document the experience.) Within six months, her husband left her for a serious relationship with another woman, throwing the lives of their 3 school-age boys into turmoil. Betrayed and desperate for some genuine affection, the woman sought it in the casual hookups she made during her open marriage. This only wounded her further, as the men expected only one thing from their relationship: sex.

Every day, our culture bombards us with a variety of messages: END_OF_DOCUMENT_TOKEN_TO_BE_REPLACED